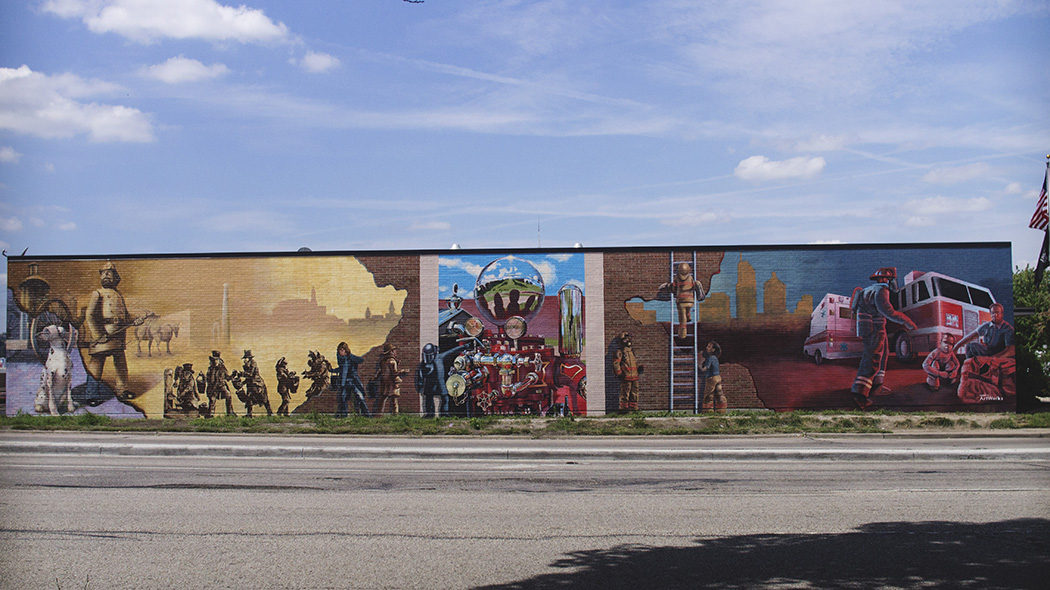 Guardians of the City

In Partnership with Cincinnati Fire Fighters Union IAFF Local 48. April 1, 2013 marked the 160th anniversary of the Cincinnati Fire Department, the first fully paid professional fire department in the nation. This mural honors that treasured local legacy and illustrates, from left to right, the evolution of the Cincinnati Fire Fighters from 1853 to 2013. Notice the bucket brigade to the left, which shows how they safeguarded our City before modern pumps; the engine in the middle, which reflects our fallen fire fighters in fond remembrance; and the ambulance beside the engine to the right, a nod to the emergency medical services our fire department also provides.