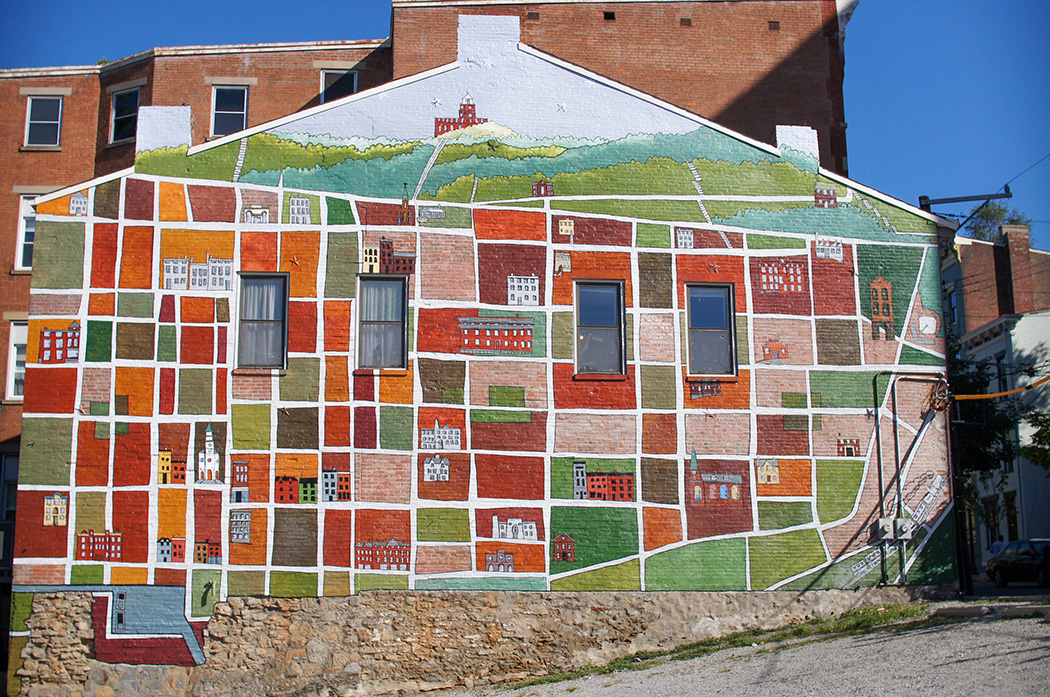 In Partnership with Pendleton Art Center. This life-sized street map of Pendleton tells the 200-year story of a neighborhood within a city, dating back to 1803. The colored architecture shown still exists, including the former School for Creative and Performing Arts, the Pendleton Art Center and the tower clock by The Verdin Company, while the gray buildings remind us of what buildings once stood in Pendleton. Additionally, areas of raw exposed brick pay homage to the historic beauty of brick itself.

Click here for an in depth look at the sites included in this mural.

Special thanks to Verdin Company.