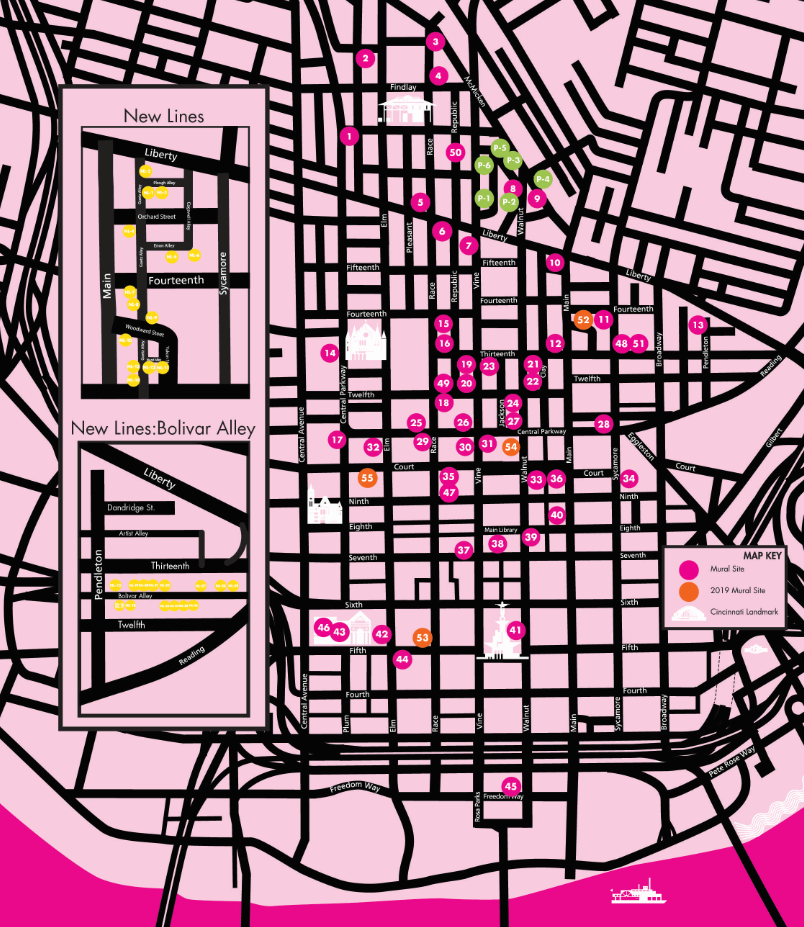 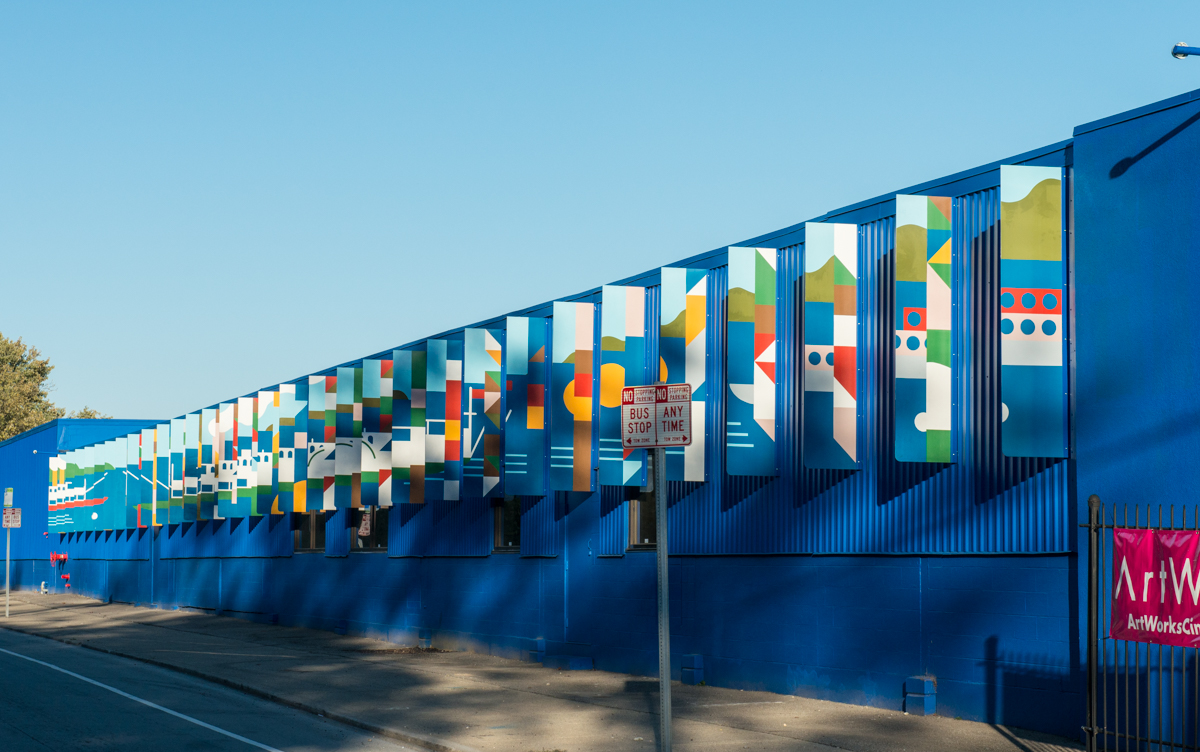 East View This view represents the stages of progress and development each child receives as part of the Boys Hope Girls Hope family. From left to right, we see children growing up, being educated, and graduating, ready to “unlock” their ... Read more 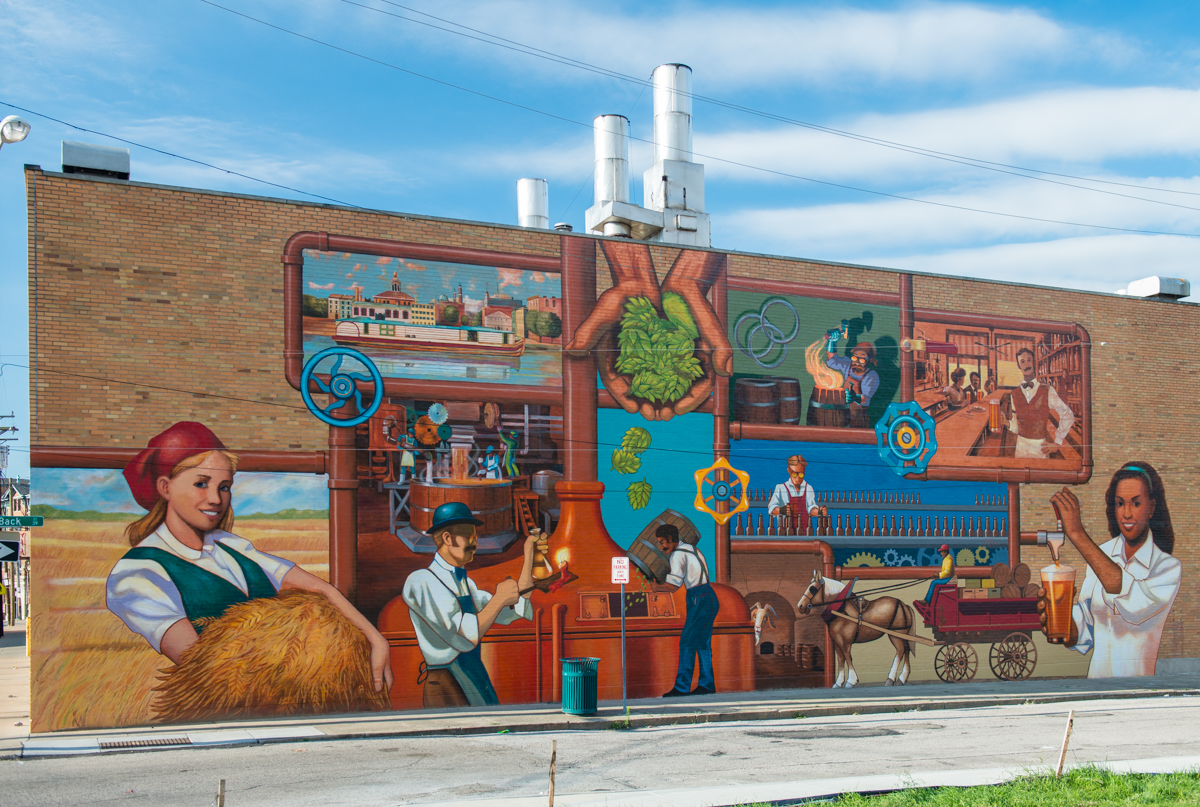 "Grain to Glass" celebrates Cincinnati’s brewing heritage and honors the people, past and present, who have worked to support it. The story of a seemingly simple glass of beer unfolds from left to right highlighting each step of the process, ... Read more 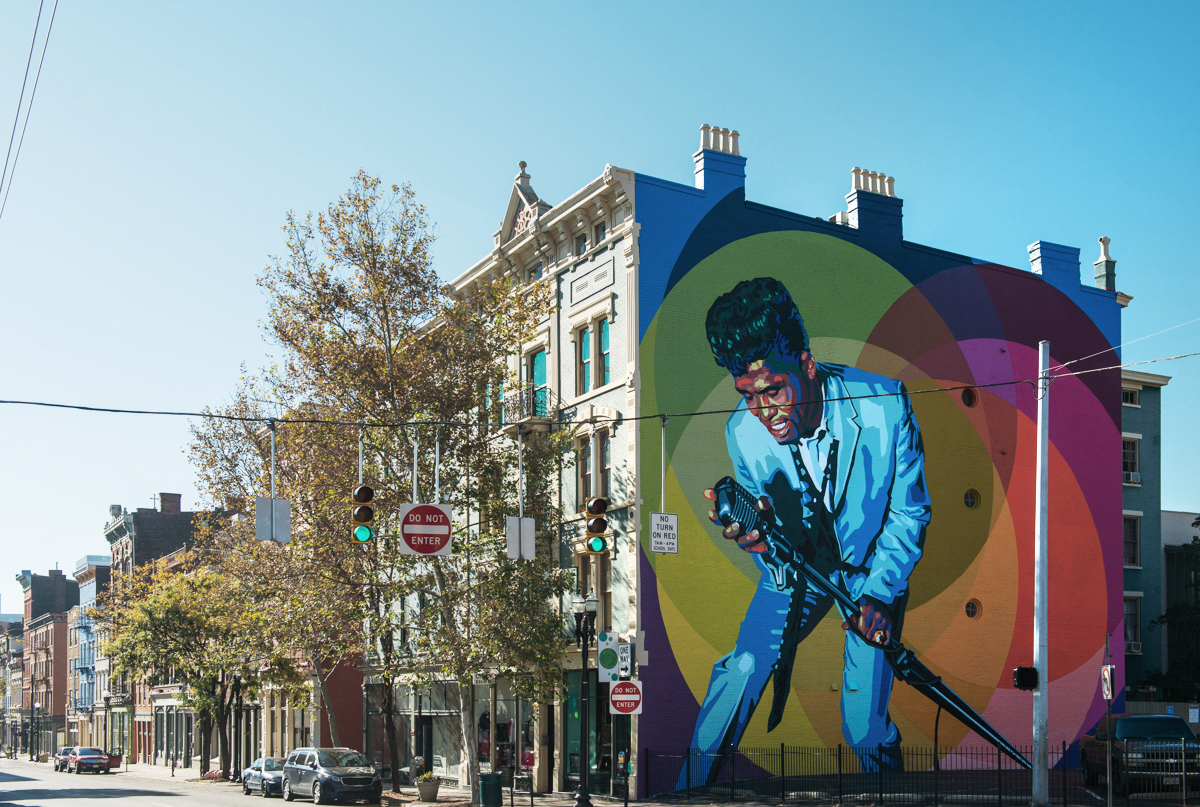 James Brown is regarded as one of the most iconic and influential musicians of the 20th century. Brown spent the formative years of his career on the Cincinnati-based King Records label producing some of his earliest hits and providing inspiration ... Read more 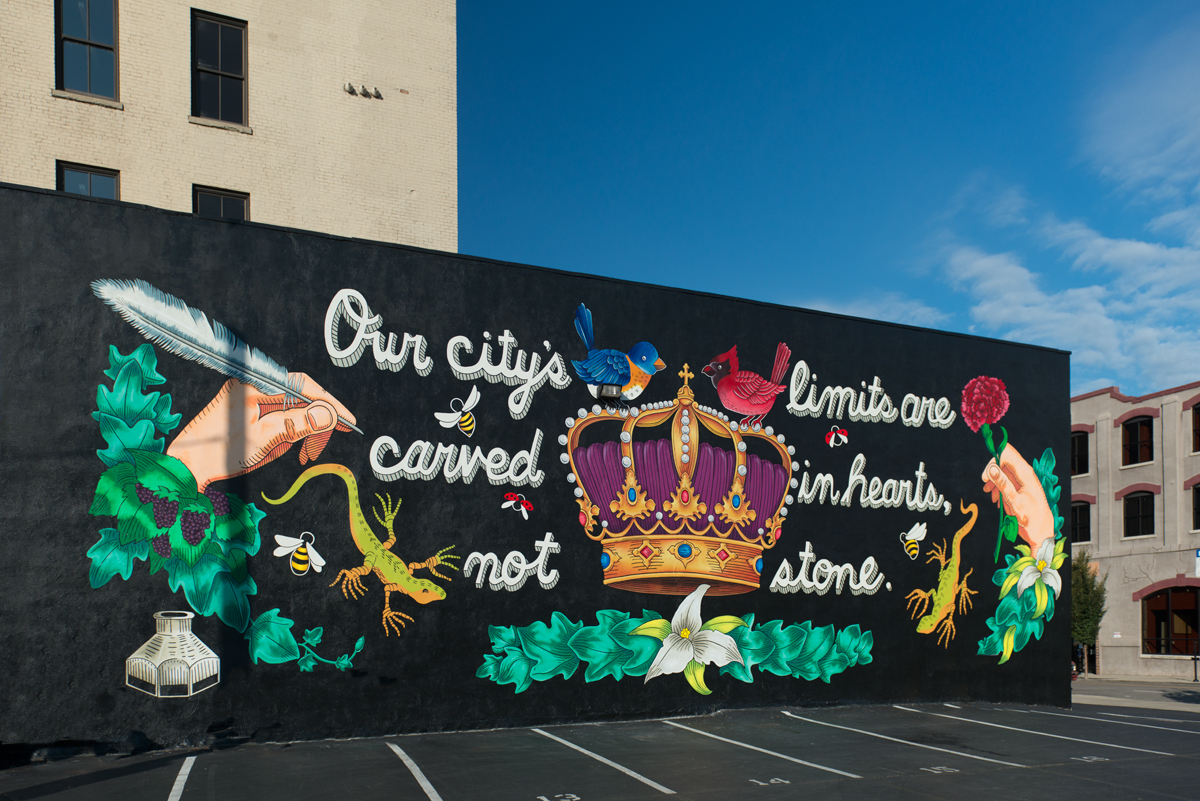 As part of the 2015 ArtWorks CincyInk project, this mural is a permanent love letter to the Queen City and all who call her home. Sourced from the beautiful voices of over 1,000 participants, the poem Seven Hills and a Queen to Name Them was crafted ... Read more 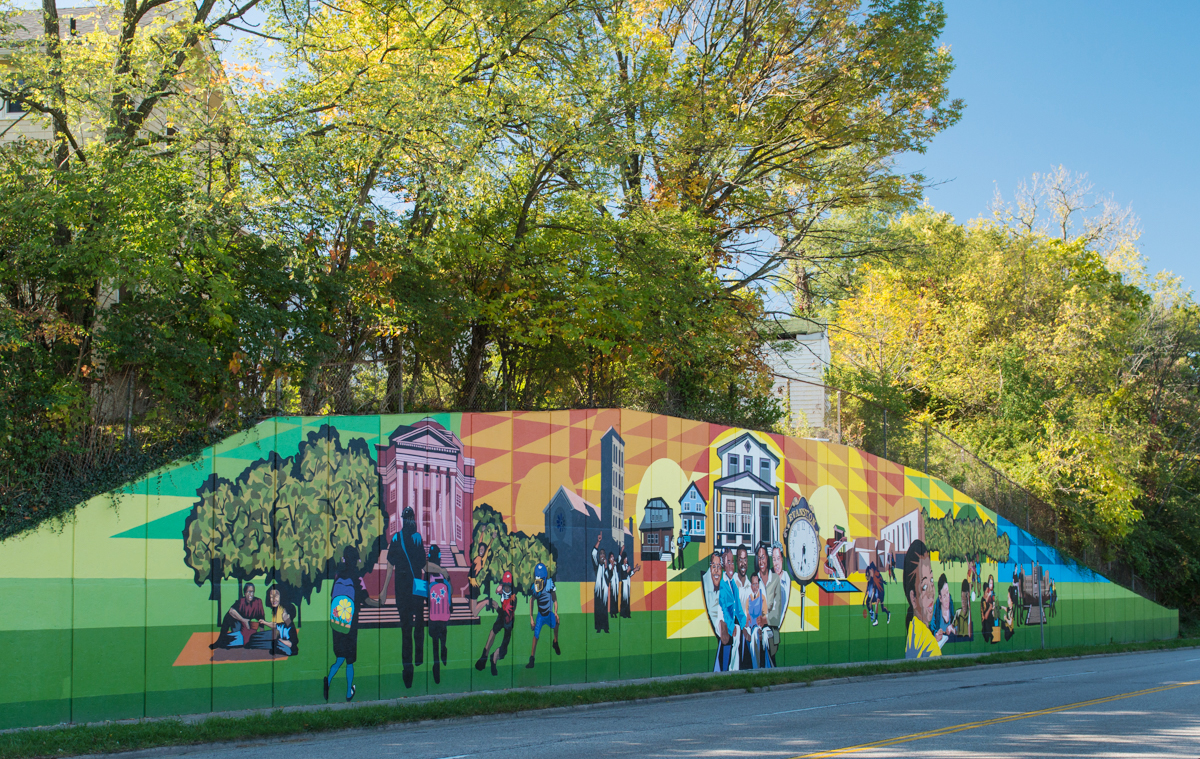 The Spirit of Progress

“The Spirit of Progress” is a mural created to bring a visual representation of the existing pride of past, present, and future of the Evanston community. Bold colors and effortless composition depict themes of hope, education, spirit, growth, ... Read more 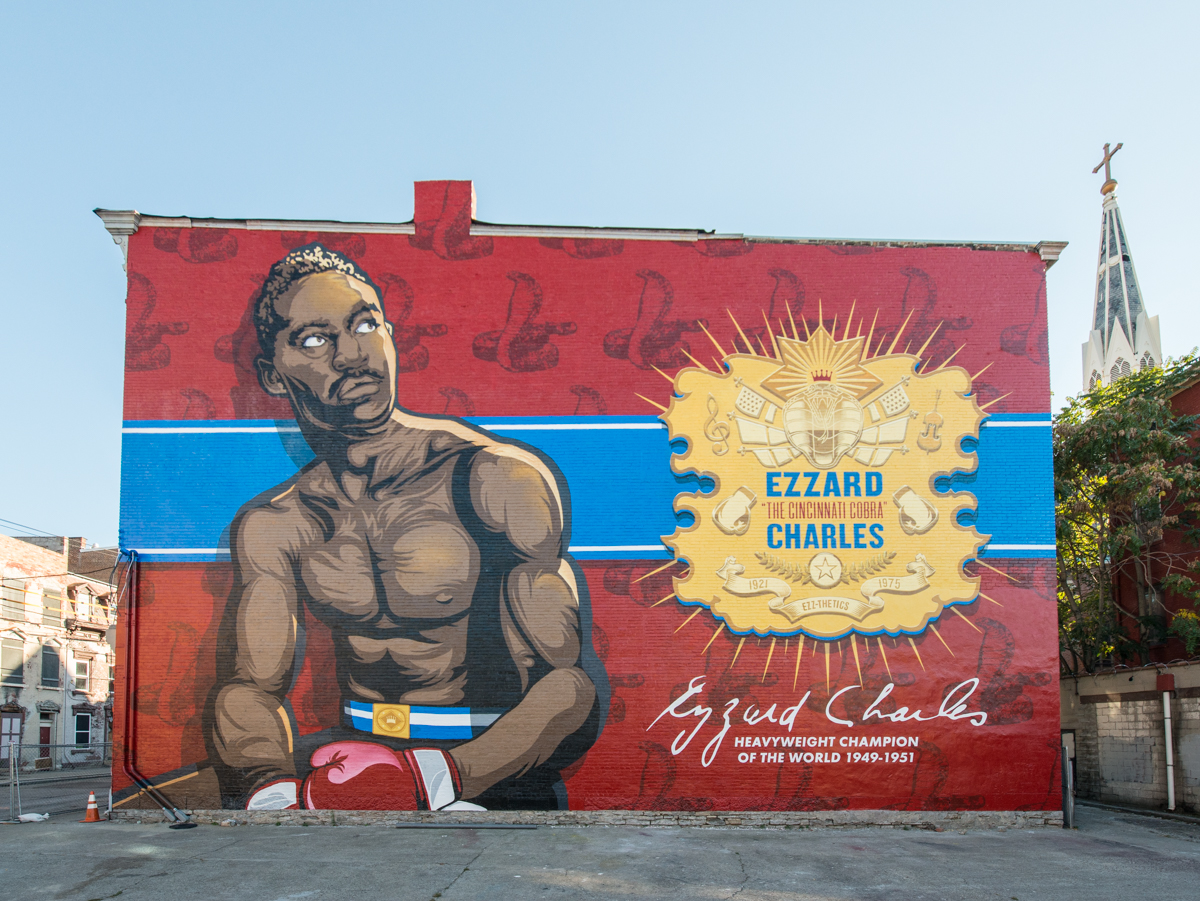 Ezzard Charles, known as the “Cincinnati Cobra”, was a two-time World Heavyweight Champion, jazz musician and widely respected citizen of Cincinnati. Born in Georgia in 1921, Charles came to Cincinnati at the age of nine to live with his ... Read more 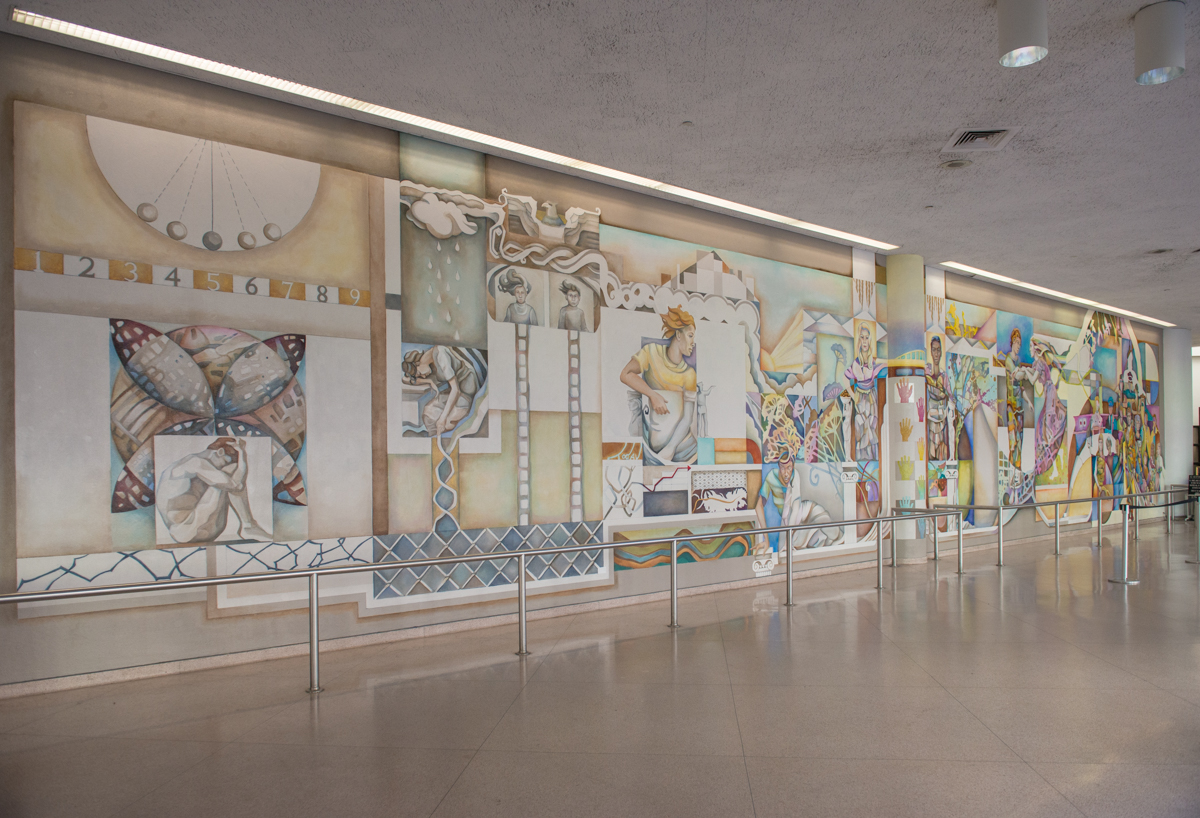 Dawn is Coming: Open Your Eyes

Designed in tandem with John Wedge, a former inmate who, with the help of the Re-Entry program of Hamilton County, transformed his life, the Justice Center Mural is a story portraying the triumph of the human spirit. From left to right, the ... Read more 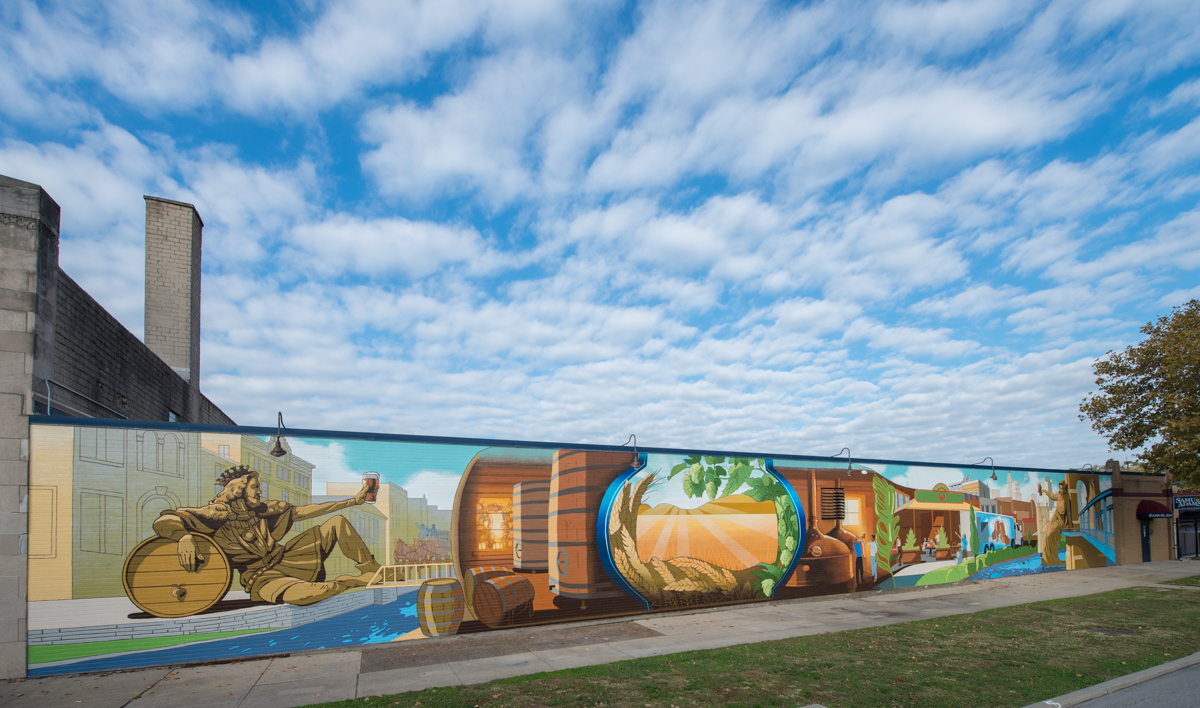 Cheers to Cincy, Past and Present! 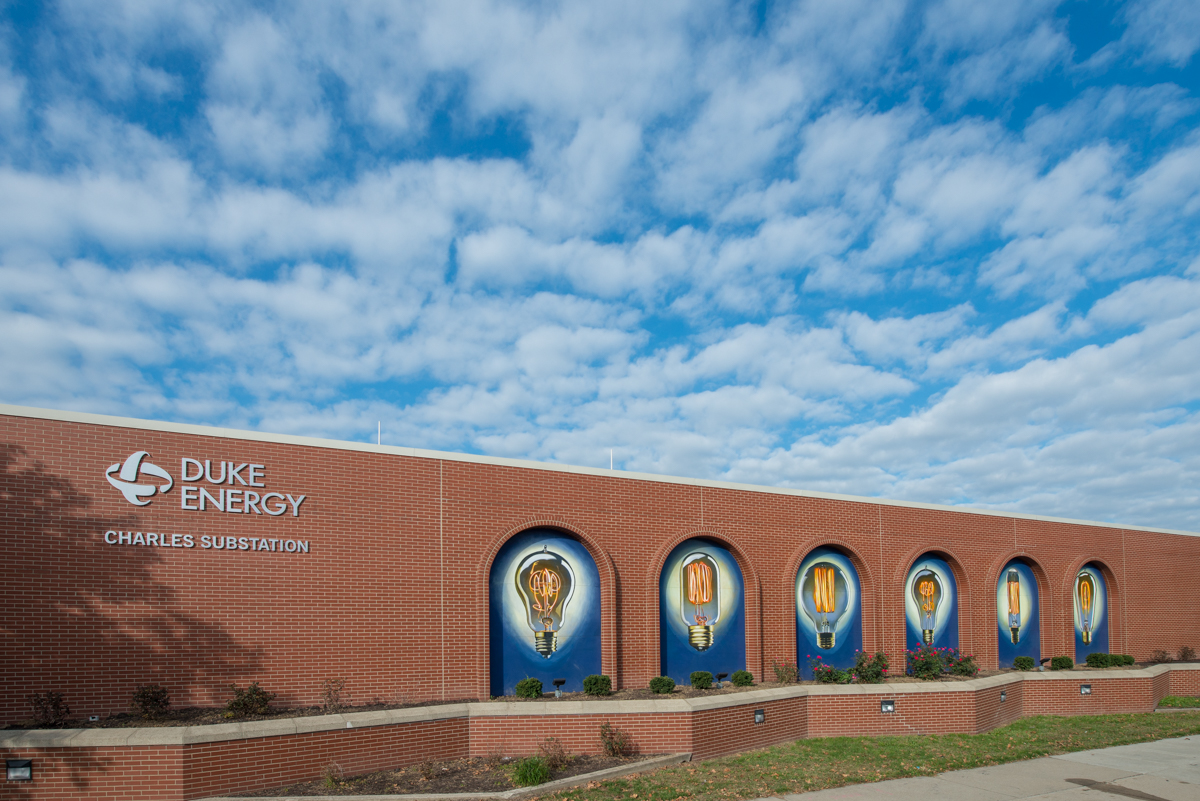 Cleverly integrated within the architectural niches of the Duke Energy electric substation, this mural is composed of six beautifully painted antique lightbulbs; these nostalgic focal points allude to the identity of the building itself (Electric ... Read more 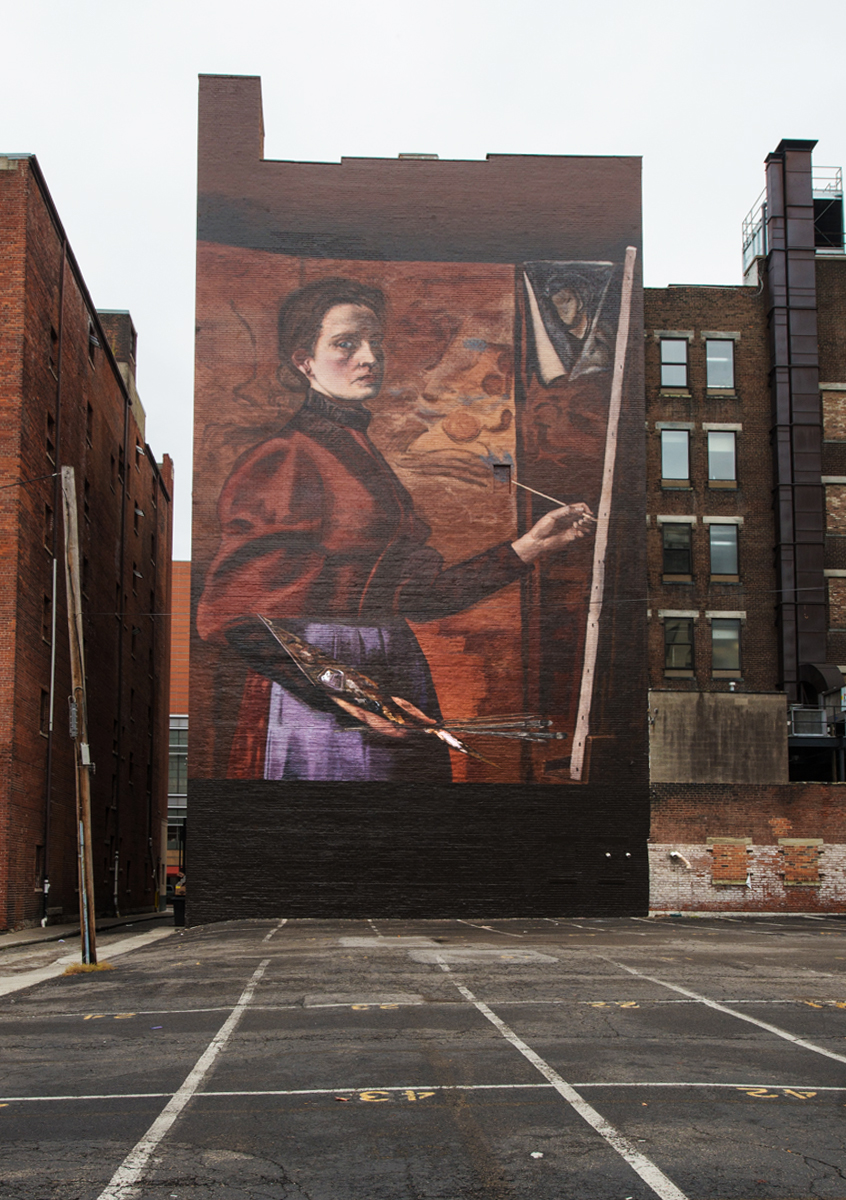 Elizabeth Nourse was a Cincinnati native from Mt. Healthy, and a graduate of the McMicken School of Design, now known as the Art Academy of Cincinnati. After completing her education, Nourse was offered a teaching position at the art school, but did ... Read more 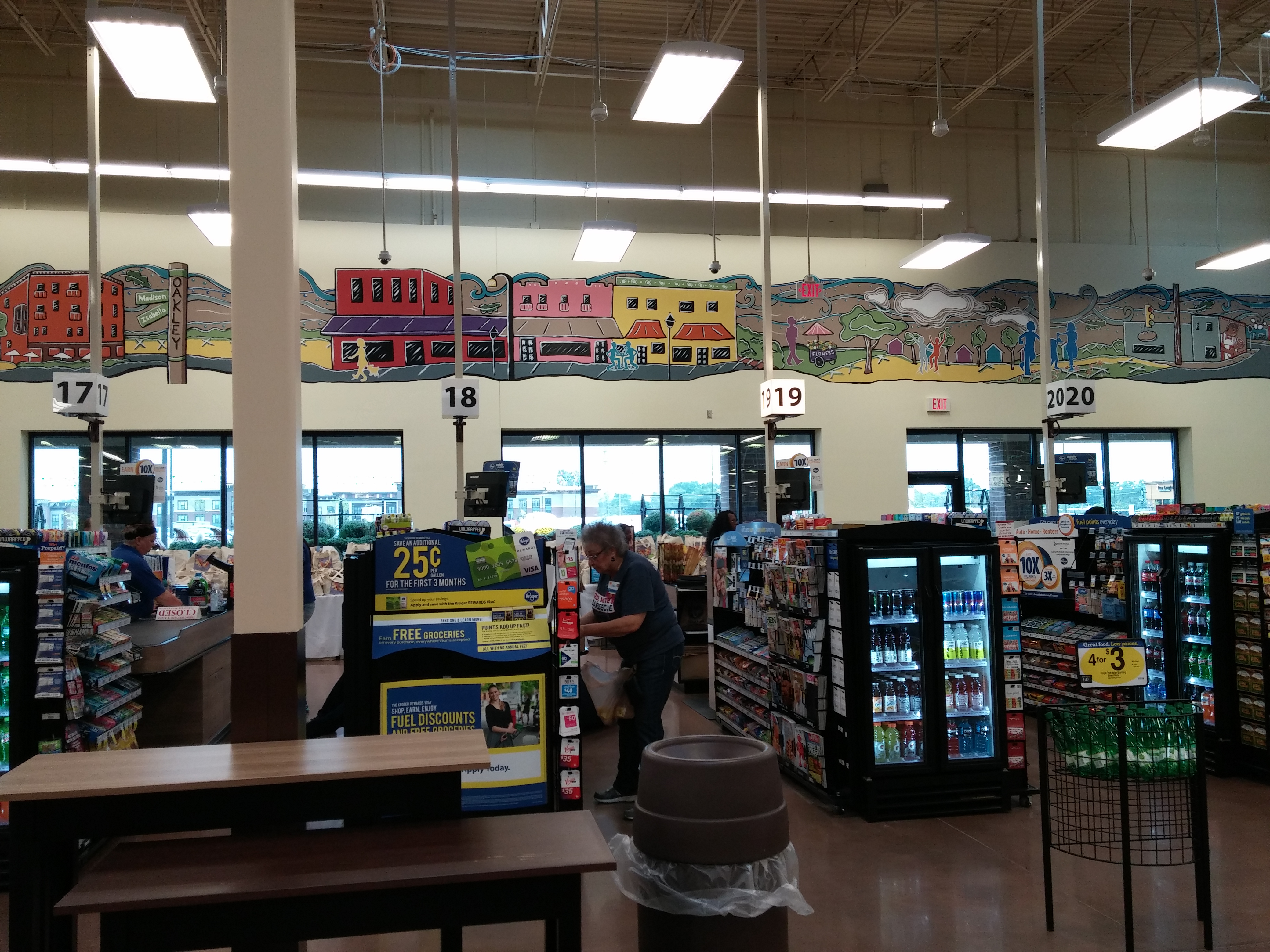 To Oakley with Love

The buildings, trees, people, and icons in this mural reflect the history and culture of Oakley, a small town in a big city, home to a fresh and friendly community. The background of the mural hints to a paper grocery bag in color and texture, and ... Read more
A BIG THANKS TO OUR
ONGOING FUNDERS